Entering Darkness is a smart, emotionally engaging, atmospheric suspense thriller. It asks what would happen if someone discovered scientific evidence of a higher being.

An unassuming scientist, James West, is targeted by a brilliant and ruthless general who will stop at nothing to keep the evidence secret. But when the general kidnaps his beloved wife and kills his best friend, James begins to fight back.

His desperate quest to rescue his wife will take him to the edge of sanity and force him to question every belief he holds dear. The only way to succeed will be to enter the darkness he fears more than anything: that of his own soul.

Entering Darkness is a completed manuscript, but I have not sent it out to publishers. I am still considering whether to publish through a traditional publisher, try crowd funding through inkshares, or publish it myself. Each method has pros and cons.

I like the idea of self-publishing, as it gives the author (me) the most creative control and the highest profit margins. But the drawback is that I would be responsible for everything, including final editing, cover design, copy writing, advertising, marketing, sales, etc. It takes a lot of time and effort to become good at any of those things, let alone all of them!

Chapter 1: The first chapter consists of one short scene, which sets up the events to follow. Although it is essential to the story, it does not introduce any of the main characters.

Chapter 2: In the second chapter we are introduced to the main character, James West, who narrates most of the story, and his wife Sharon West. Sharon unveils a revelation which will have tremendous repercussions, and we get a feeling for James’s quirky personality and active imagination. We also meet Lance Monroe, another main point of view character. Lance is a sincere young soldier who believes he is on a righteous mission, but will soon be heading down a very dark path.

Chapter 3: The third chapter is where the story really begins to pick up. The atmosphere is thick with foreboding and the tension is stretched until it feels like something is ready to break. Hint: It is!

Bonus scene #1 (coming soon): This scene introduces us to Darren Cartwright, a homicide detective and the third of our three main point of view characters. He’s been sleep-walking through life since his wife died, but his sense of curiosity is about to awaken and send him on an adventure that will take him directly into the path of James West.

Bonus scene #2 (coming soon): This is one of my favorite scenes, a powerful incident from the past which deeply affected James West, and informed the man he became…until now (the events of Entering Darkness will change his life far more drastically than he can imagine). 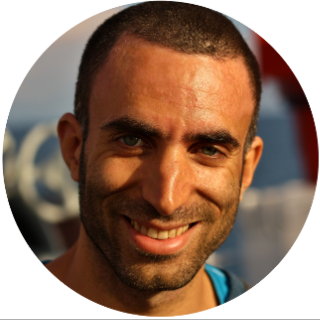